For many years, Melinda Wallis was the voice and multi-tasking wonder of the Subud USA National office, during which time she planned over half of the National Congress events.

Melinda possessed an unwavering enthusiasm for Subud. Her welcoming, can-do attitude will not soon be forgotten, and we are excited to establish the Melinda Wallis World Congress Assistance Fund in her honor.

The fund will be especially useful in supporting elder members who may not have the financial means to attend the World Congress but wish to connect with lifelong Subud friends. It will also be awarded to youth with limited resources who will benefit from exposure to the greater Subud world. Moreover, it will help us defray the cost of travel by our Zone 7 World Congress delegates.

Contributions to the fund are tax-deductible.

Thanks to several generous donors, we have already received $9,000 to put toward a challenge match for this fund.  That means everything raised by April 30 will be matched dollar for dollar, up  to $9,000.  Should you wish to increase the matching fund, please contact Lucas Boladian at boladie@aol.com.

Individual/joint donations to the fund can be made here.

The most recent general meeting for Subud Greater Seattle was held in Bellevue. Leandra Hildreth took the minutes:

It is not uncommon to be behind in the beginning of the year.

Recent improvements to the house have been made

We are consulting a lawyer.

Portland’s House found that they did not owe any federal income tax with Airbnb.

Do we need to pay County property tax?

The committee is consulting a lawyer.

If we are found liable we will go to the SPNW Regional board for further action.

February and March are record breaking numbers for Airbnb revenue. This is due to two long term rentals during January and February of this year.

This year the committee approved a budget of 7,500 for house repairs.

Blinds have been installed

New carpet on the stairs has been installed

Kejiwaan or events that can involve kids and friends of members.

Donations at door to raise money for house and member travel.

Helpers to look over SGS brochure and update content and layout.

Have you seen this movie about Subud?

We have two openings for men and two for women regional helpers for the coming term.

In order to provide some insight into what this experience has been like for two of the regional helper team, here’s a short description from Elizabeth Flanders and Oswald Norton

I highly recommend serving as a regional helper. This work has been one of my life’s peak experiences. The harmony within our Dewan gave me a glimpse of Bapak’s vision for Subud and I’ve come to love members I did not know previously. When I reflect upon who I was four years ago and who I am now, I am deeply grateful. If you don’t mind traveling 6 – 8 times per year, don’t miss this opportunity!

Becoming a regional helper helped me to grow in the latihan and in my love for the members of our Pacific Northwest Subud Community. I was welcomed into this team in the spring of 2016. I was impressed by everyone’s dedication to meeting regularly to share the load and how we enjoyed each other’s company.

After having served as vice chair of the region, I found a whole new type of engagement and trust needed to do this new work.  As I visited regional centers in Boise, Skagit Valley, Portland and Seattle, I noticed a new way of being and thinking becoming a part of who I was becoming. Working with this team and doing this work has provided a deepening of the latihan that I am so grateful for.

For more information on the role and it’s responsibilities please contact any of the regional helpers for conversation or testing on doing the roll.

The term starts after the national congress on May 24-28, 2018 Hilton Inn Vancouver Washington. 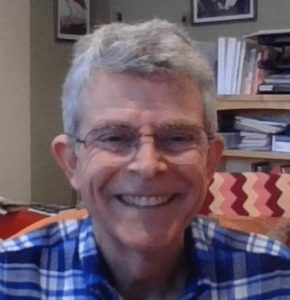 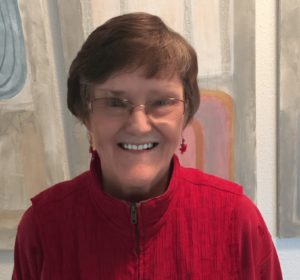 Dear Brothers and Sisters of the Subud PNW Region,

Did you know that if you register for the Subud USA congress and select the box below you will be registered for the Subud PNW Congress for the same price? The PNW Congress is only one day, Friday, May 25th. You will be able to experience general latihans Friday morning and evening. The only additional cost would be for lodging.

I am attending a Regional Congress during this event.

We’re at an exciting time for our region.  New members being opened. Members from other areas are moving to our region. We have 3 Subud houses all with committees and helpers serving those communities.  What’s next for our region?  Come to learn about our region and the hopes and plans we all have for our future.

NOTE  Subud PNW members may also choose to register for Day Use only. If you are not staying in the hotel, day use for 1, 2 or 3 days (Friday,  Saturday,  and / or Sunday) are available. In all cases, meals options are available.

For more information on the Subud PNW Congress, please click this link.

International Helper Report On Their Visit To the Pacific Northwest 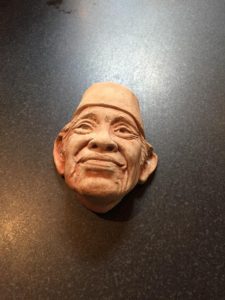 The area three international helpers began 2018 with a beautiful outward and inward experience by visiting four groups in the Pacific Northwest of the United States.  We are currently about half way through our visit to 13 groups in California.

We are very grateful for the hospitality and caring we have received. It is very inspiring to do latihan with many members some of whom have been doing latihan regularly for 40 to 50 years. When we receive to do so we often offer general testing after latihan and the test questions arise to fit the group we are visiting. Afterwards we talk, hear the questions and concerns in each group and share something of our experiences traveling as IHs and information about the world congress.

In general we find that latihans are very strong and our visits draw people to come who have been away from group latihan. They express an appreciation for a renewed experience of strong receiving.

Some common themes and questions that come up during discussion time are:

We were impressed with the good condition of most of the Subud houses we visited. We feel we in Subud are learning to run center enterprises using the houses to bring in income. There are many challenges in maintaining and operating houses that create a context in which groups are learning and growing. Committee members play such an important role in providing spaces for latihan and managing finances.

We feel great admiration and gratitude for the generous ways in which people give of their time and talents. In several groups we see new and younger people coming to do the latihan. And we feel very hopeful about the future of Subud.

Often when meeting with Subud members stories are shared of times the latihan touched others or awakened something inside. We would like to share one such story.

Several years ago, during one of the wild fires that strike California the beautiful home of a Subud family was burned to the ground. As they looked through the rubble hoping to find anything that might have survived, they came across a burned down wall. They lifted up the rubble and saw one remaining sculpture turned over on its back.

They flipped it over and there was the face of our dear Bapak looking up at them, undamaged except for the paint having burned away. The sculpture was created by Liana Kelley, a long time Subud member and very gifted artist. This gift created from hands guided by God of our dear Bapak was the only surviving objects in the whole house. Going through the rubble and coming across this face must have felt like Bapak coming down from above, saying it will ok. God is with you always. Below is a photo of this sculpture.

The meeting will happen after Latihan. You can find out what your committee has been up to.

Bring your energy and questions. Bring your love for the work that your committee and helpers are doing to keep the latihan alive in the Seattle area. 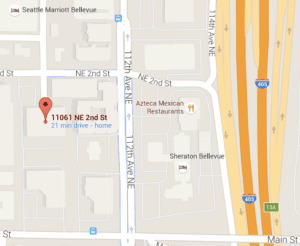 I found a good deal through American Airlines for getting to the world congress. After hours of online searching I found flying to Zurich, Switzerland and taking a train from there was the best option for us. The flight has a stop in Dallas or New York then on to Heathrow airport in London and then a short flight to Zurich all for $638.00 round trip! The train station is at the airport and takes less than three hours to get to Freiberg at around $60.00 dollars. There seemed to be good connections with not very long wait times. The return flight was even better with only one stop in the U.S. before returning to Seattle. Most other flights to Frankfurt or Basil were a couple hundred dollars more but still envolved taking a bus or train to Freiburg. If you have not made reservations yet this seems like a very good rate.

Please help to spread the word!! 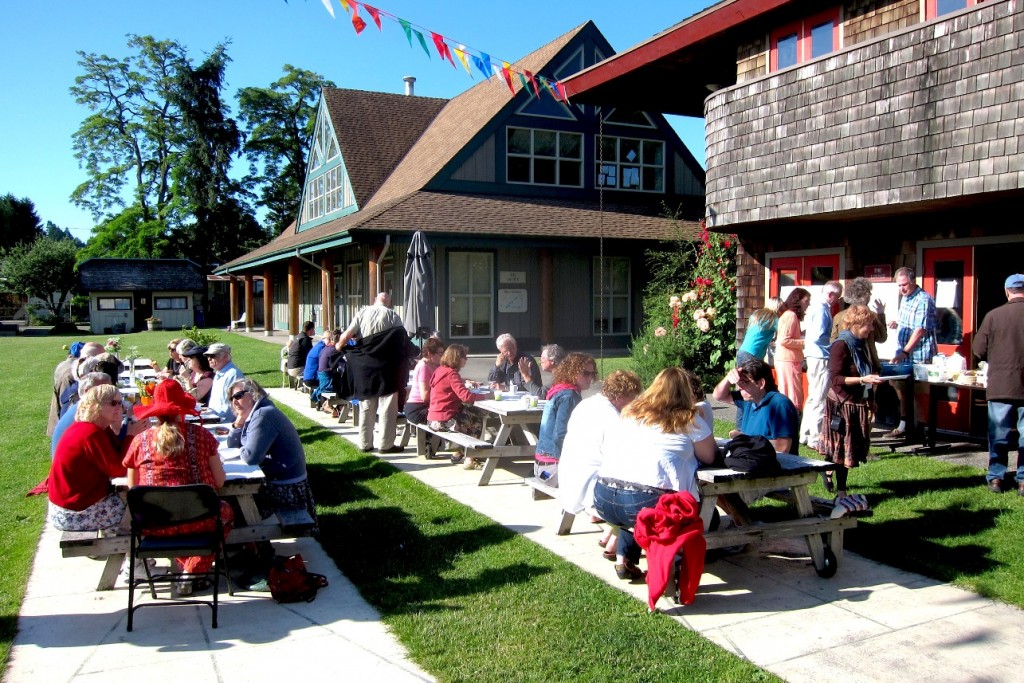 The weekend begins after lunch on Friday, June 15 and wraps up before supper on Sunday June 17.

The Alexandra Retreat Centre is situated in the beautiful, family-friendly Crescent Beach area just south of Vancouver, BC, Canada. The centre is set around a central grassy area, surrounded with a fence, making it a safe, relaxed and secure setting for families and children.  The beach, footpaths and nearby village are just a few minutes stroll away. Check out the lodges, cabins and beautiful location at: http://www.alexhouse.net/multimedia/photo-galleries/alexandra-retreat-events-centre

The emphasis this year is on relaxation and fun for the whole family! There will be opportunities for events on the beach, organized activities for the children, tasty meals, workshops, preparations for World Congress, socializing, simply hanging out, music, entertainment, dancing and, of course, latihan & kejiwaan activities. 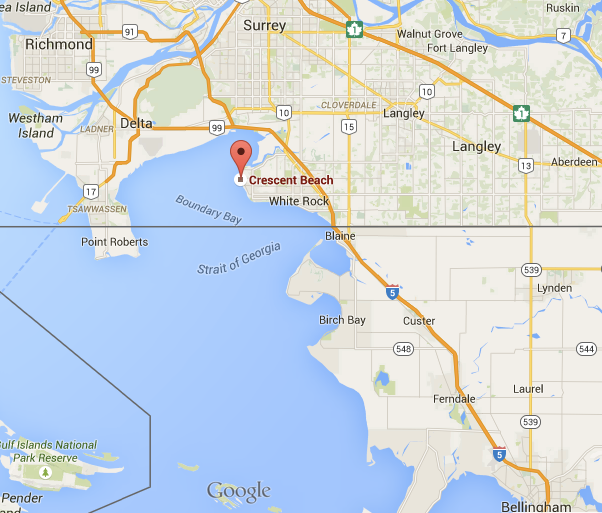 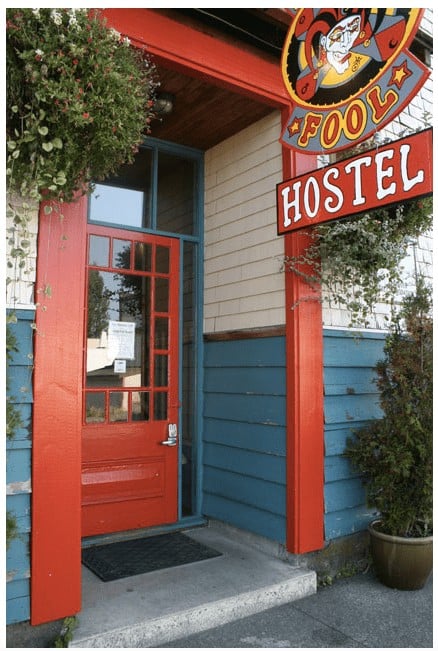 Cheap Lodging in Cumberland, BC

The Western Regional Helpers invite you to a day or more of latihan, testing and socializing on Vancouver Island.

Where: We will meet initially at the Masonic Hall in Cumberland at 2687 Dunsmuir Avenue.

Then the men, or the women, will head up to the Abbey, half a block away at 2689 Penrith Street, (entrance from First Street) for latihan.

Cost: If we have 16 people and each person contributes $10, we can cover the cost of the rentals.

• The plan is to go out for dinner locally, afterwards.

• We are looking into billeting for those who may want to stay over on Saturday night.

• There is also the possibility of a latihan on Sunday morning.

• Visitors from Vancouver Island, Lower Mainland, Fraser Valley, other parts of the Province and the Pacific North West are warmly invited to attend this afternoon gathering on Vancouver Island. Carpooling is encouraged to help share the cost.

• More information will be sent out, as it becomes available – STAY TUNED!!

• The Regional Helpers would like some idea of how many to expect, so if and when you know that you will be attending, please contact Adelia at 250 891 9163.

• If you have any questions, please contact Dave Hitchcock at 250 370 1291 or davehhitchcock@gmail.com