Keep in mind the exchange rate is quite favorable to USAmericans. 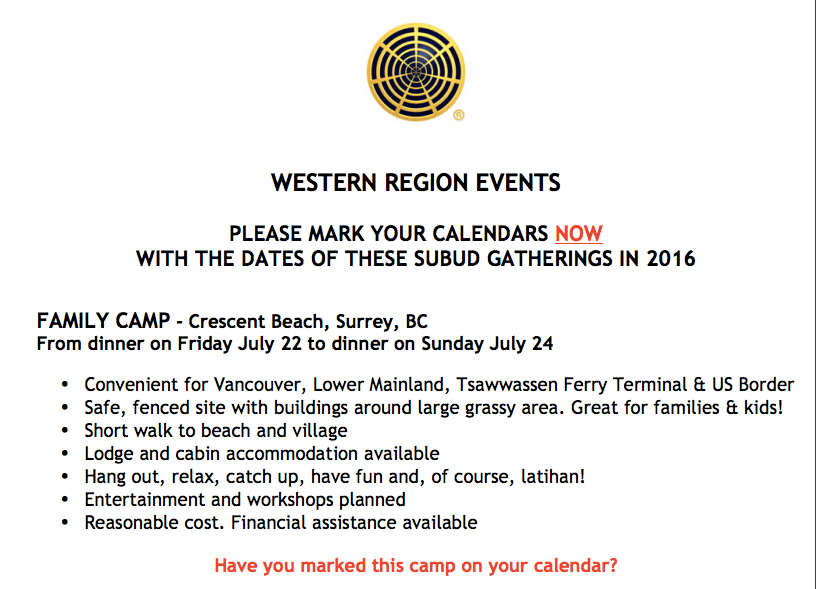 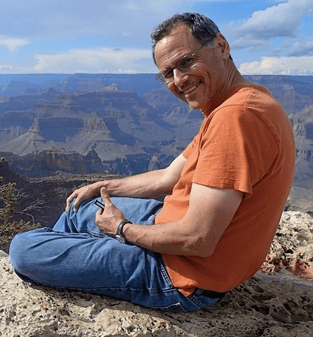 ​Donations in Memory of Rasjad Lints can be made to the Oregon chapter of the ALS society;
they helped us in countless ways.
http://www.alsa-or.org/

Ramon Hildreth asked me to lead a 20-30 minutes session after latihan on Friday to gather your thoughts on the future of Subud Greater Seattle.

What types of activities are you longing for?

What’s been missing that you’d like to see get started?

Please come and give us your thoughts about the future of Subud Greater Seattle in the next 1-3-5 years.

Refreshments will be provided. Looking forward to seeing you. Oswald Norton

Do not think that it is a tragedy that I died or that there is something terribly wrong about my situation. I don’t. There is a time and place for each of us and this was mine. I lived my life well and have no regrets. I made a difference in the world – isn’t that what most of us want?

I was extremely fortunate to have met my life partner in high school and enjoy 40 years marriage to my best friend. We were blessed with our extraordinary son. What more could I want?

I believe strongly in Almighty God and am now in a wonderful place that I’m sure defies description. Don’t worry about me, I’m just fine.

Meeting called to order by chair Michael DuBois with a few minutes of quiet.

Minutes of the October meeting were read and approved by the members. Paul clarified that he will come for a meeting if he can when it is arranged. Julia corrected spelling of a name.

Treasurer’s Report: Paul. Will do an end of the year report in a first of the year meeting. We had some larger donations and things are picking up. Thanks to everyone who paid donation money.

Announcements: Susila Dharma had end of year request. Do we want to do a group donation? We give $25 to Yum and another to the general fund which Paul has sent in for this year. We decided that individuals could either give individually or through the group. Yum gave a tremendous amount of help to the bad air problem in Kalimantan.

Michael’s Report:  Last regional meeting consisted of testing for Menucha which Michael did not take part in. The Regional Meeting will happen in the spring, place to be decided. The Seattle group has changed the rule about the region paying to use the Subud house. No longer need to pay.  Nothing else in regional meetings due to holidays.

Helpers Report: Nadia and Roosmiwati have tested whether to be active and received they could as needed. Paul and Luther will be testing next week re if it’s correct for them to do latihan with Icsan at his request. Julia said that Rasjad Lints is still writing in his blog. Aliza tested at Menucha to be regional helper, got not at this time, but right now she is available as a helper here.  A younger member tested in as new Regional Helper at Menucha. Roosmiwati talked with Luciana yesterday. She is doing well.

Old Business: House maintenance: Need to clear the gutters and drainpipe soon and fix the garage door.  Brent said the wall problems, with carpenter ants, are major. Downspouts are rusted and we need a contractor to see if it’s fixable and replaceable.  There was major discussion as to various options as what to do with the house. We need to invite the region in to do testing with both helpers and committee. Rosalyn agreed at Roosmiwati’s suggestion that she would start the ball rolling by calling Marius Harold as a contractor about the house problems and also arranging with the Regional Helpers to come in the spring to test.

New Business: Bird Walk. Tentatively decided on Feb. 20th at October meeting became decided, NOT President’s Day weekend. Need a van. Need publicity.  Serena suggested we hand sending the publicity out to Alexandra and Mail Chimp. Robina’s son has a van which she will ask if he can lend to the group. Roosmiwati agreed to be registrar. Julia said she would update last year’s publicity and work it out with Marius Hibbard and then send it to Alexandra to send out. There will be a limit of 15 people going, and any beyond that will be on a waiting list in case any one cancels. There will be a $20 non-refundable deposit. Birdwalk will be followed by potluck dinner and latihan.

We set the next meeting to be January 10th to test for chair, deal with Birdwalk  and house maintenance updates.

Roosmiwati moved the meeting be adjourned, and Aliza seconded it. It was unanimously passed.

WHEN & WHERE:  Meet at the Bellingham/Skagit Hall at 10:00 am. 1521 North La Venture in Mount Vernon, I-5 College Way exit #227. We will carpool to several locations across the valley.
DETAILS:  Tour led by our “super birder” Paul Woodcock. Everyone’s invited! The tour lasts approximately 5 hours and covers 30 miles (we will need volunteers to drive) with stops for birding and refreshments, minimal walking. Snacks and dinner will be provided.
COST:  We are limited to 15 participants; $45 each including a $20 non-refundable deposit to reserve a space.
DRESS: Dress for the weather! We suggest layers of warm clothing and appropriate footwear. Rain and muddy conditions are possible, but it’s worth the effort. You will not be disappointed!
CONTACTS:  Register with Roosmiwati Reynolds at 360 734-8517 or roosmiwati@gmail.com. Let her know if you need a place to stay.

The Skagit River Delta is a winter birding paradise with an international reputation. We will see thousands of Snow Geese, hundreds of Trumpeter Swans, waterfowl and shorebirds. Raptors winter in large numbers, particularly Bald Eagles, Red-tailed Hawks and a few Merlin and Peregrine Falcons. Ravens and herons are numerous, plus other songbirds with possibly a surprise or two. 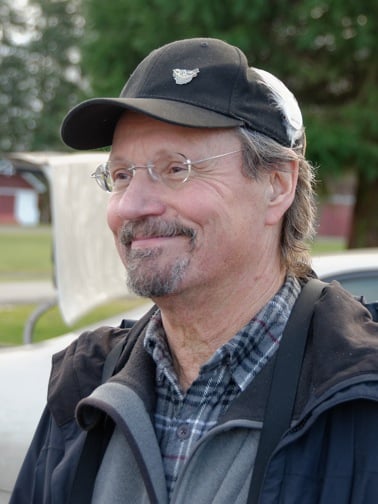 Paul Woodcock has over 50 years birding experience and has led trips for the North Cascades Audubon Society for many years.

[Editor’s note: Remember, Birders are patriotic bad-asses who provide their own snacks.]