From Michael and Beata Alexander of Subud Portland. By all accounts the annual fundraiser for Subud Skagit Valley/Bellingham was a huge success with good weather. Try to attend this event next year. 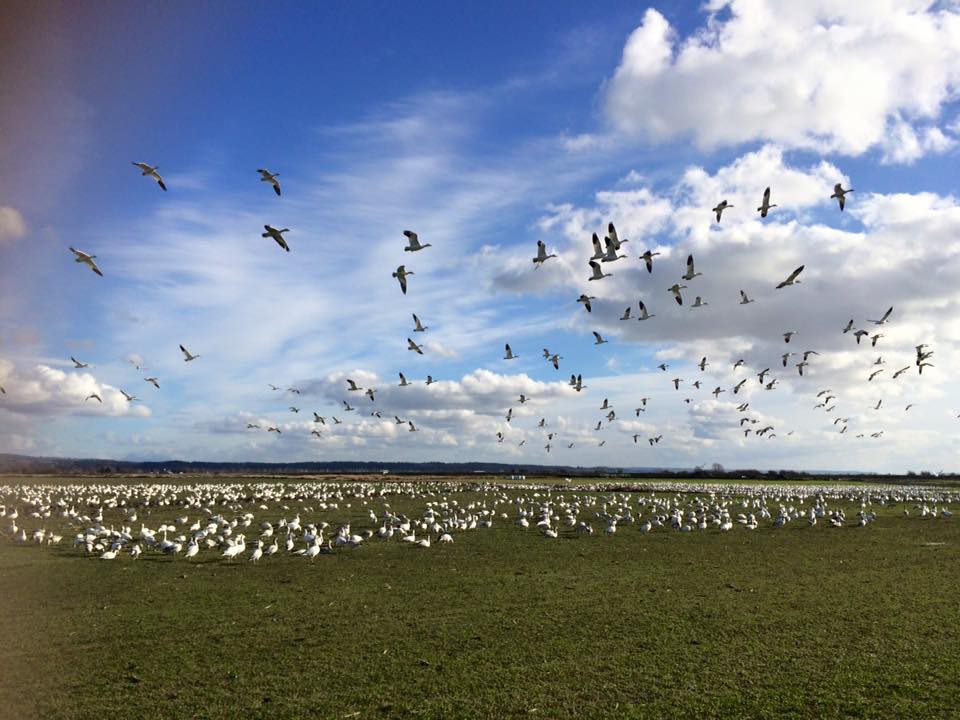 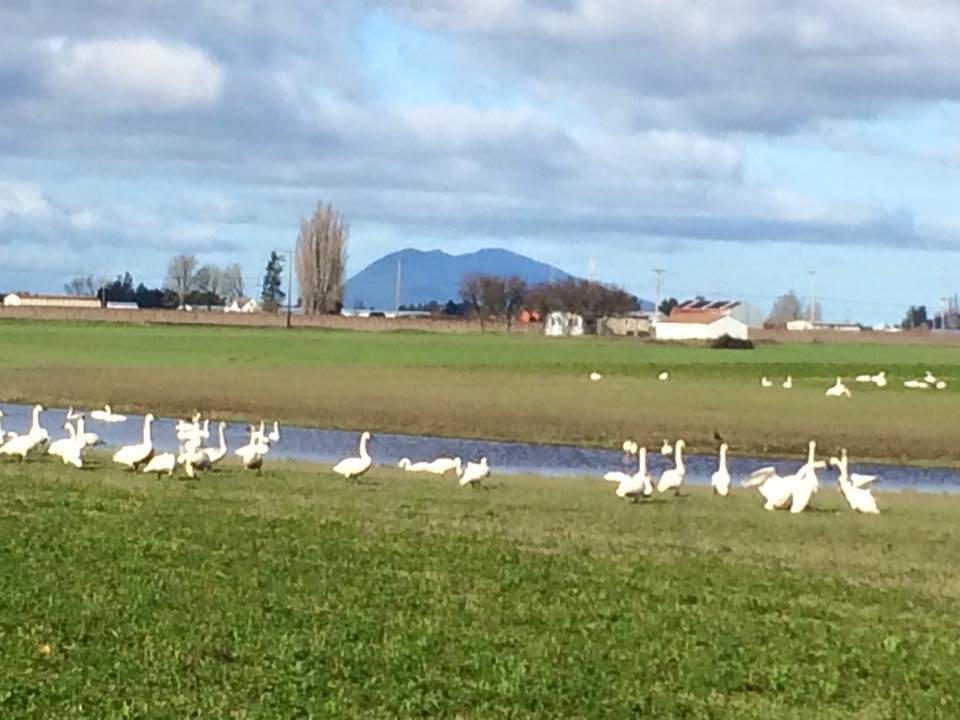 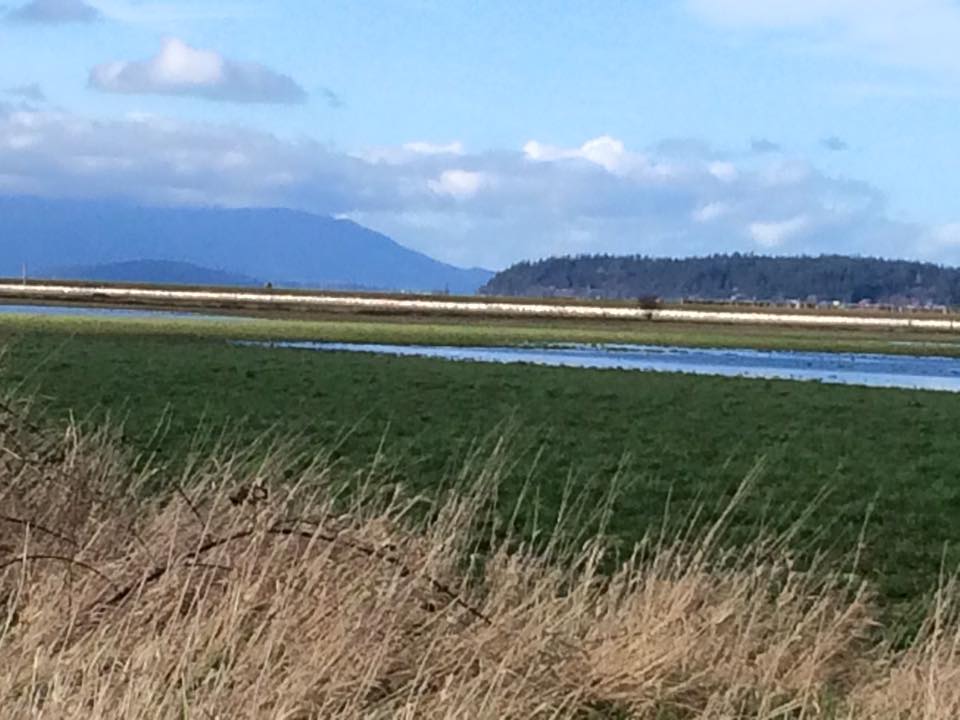 The white line are thousands of Snow Geese from Siberia

This year’s Helpers’ Gathering is a special event for all helpers and candidate helpers. It will take place at the Subud Los Angeles Center on Wilshire Blvd, April 15 – 17.  The event will run from Friday early evening through Sunday lunchtime.

We are so looking forward to this next opportunity to be all together, delving deeper still into our latihan, our helper role, our Subud experience.

— from your regional helpers

—
—
REMEMBER: Subud California events are posted on our CALENDAR at http://subudcalifornia.org/calendar.html. 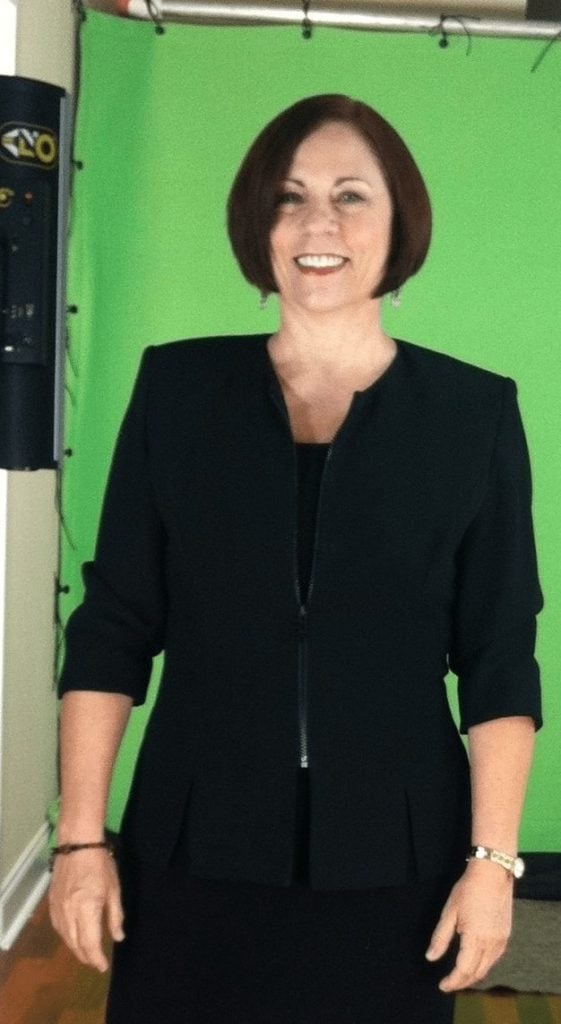 Longtime Subud member and helper Pilar Walsh has applied for Senior housing in Seattle since her age qualifies her but she is very active in many areas of the arts. She is on a couple of waiting lists.  While she waits for something to open up, she is looking for temporary housing, preferably a bedroom/private bath rental in someone’s home and is able to afford $600 a month.  Great references, very clean, quiet and considerate.

Halimah Bellows MA, MS, CCC, CPC, author of Champion Your Career: Winning in the World of Work and creator of Career Quest Cards, will be at the University Book Store, 990 302nd Ave. NE in Bellevue, Washington at 6 PM on Wednesday, February 17.

Join us to pick up your signed copy of Champion Your Career and get expert guidance for finding a fulfilling new career.

[Below] please find the minutes of our January Meeting. I would appreciate any corrections that anyone can send me. [Or click here for pdf.]

2016 Birdwalk, Dinner and Latihan Feb. 20, 2016
The last I heard: Birdwalk reservations are filled; all group members are welcome to potluck dinner and latihan. Any questions contact Roosmiwati Reynolds at 360 734-8517 or roosmiwati@gmail.com.

Meeting called to order by chair Michael DuBois with a few minutes of quiet.
Minutes of the December meeting were read and approved by the members with correction of Aliza’s last

helpers are having a meeting the same weekend as the Birdwalk.

Helpers Report: When Luther is back the men will come up with a time to do latihan with Icsan. Rasjad Lints blog: he can’t move and is close to death but had a latihan experience which took away his fear of death.

Old Business: House maintenance: Rosalyn contacted Marius Harold; doesn’t look like he can come up in January. Michael looked at house: two ways to do it, one would be quick, take off few tiles and other would be more complete. We can get a grant through the Mohammed Subuh foundation [their website] and need to find out what their requirements are and then get contractors for estimates.

Birdwalk Info: Reservations: Roosmiwati has a list of those who have signed up. Over a month away and we are over half full. Michael will call Julia when she gets back and ask if she can send a letter to people who came last year. Also we still need someone who has a van. Michael will do a fowl; Marius lamb. There will be a meeting toward the end of January for those involved with the Birdwalk.

New meetings: Kedjiwaan first Sunday in February and a pre-congress meeting first Sunday in March. Nadia moved that the meeting be adjourned. We closed with wishing Rainer happy birthday.