Luther Schutz, Elisha Gullixson, with the prodigious bassist Drew Baddeley will perform this Saturday Sept 29 at 7:00 PM at the Conway Muse, just off I-5 at exit 221.  Love to see you all there.
The WSA asked Sofyan Brugger to share his approach to translating Bapak’s talks and suggested he select some of his translations for a special edition that would encourage more people to read the talks and be especially appealing to the youth.  In choosing which talks to include, Sofyan asked input from his own children and grandchildren. The book includes a thoughtful sampling of Bapak’s Talks on different topics, at different times, and in different places. The beginning of the book, ‘In a Word’ is beautiful and important.  At the back Sofyan offers his approach to translating Bapak’s words and an in-depth look at some of the religious terms Bapak frequently uses. 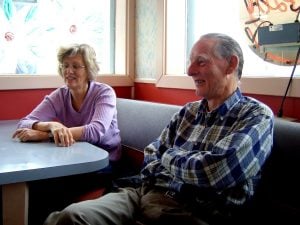 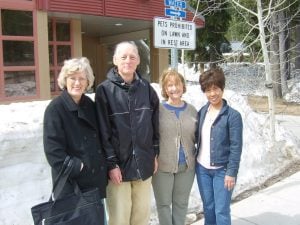 The WSA published this book in time for the World Congress in Germany.  If you missed buying Bapak Subuh Yang Mulia, Selected Talks, translated by Sofyan Brugger, and would like to,  please contact kailaniward@yahoo.com  The cost is $12 plus postage.  Here is a quote to Kailani from Muchtar Saltzmann
“Sofyan chose very valuable Talks from Bapak that we all need to be aware of, and your Dad’s book exudes deep respect and gratefulness to Bapak.  We call it love for Bapak, God’s Servant.  It is a jewel of a book.  The best Subud book I have read so far…..I will tell everybody I know to buy this treasure.  A true ‘must read’ for all.”  –Muchtar Salzmann 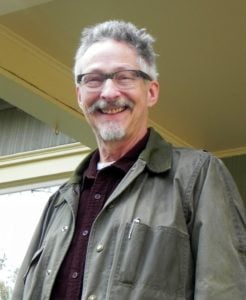 Jim’s notes from the meeting:

Evan Padilla is the next  Susila Dharma International chair.  He plans to enact the receiving from testing about over the next 4-5 years.  Evan has proposed an SD dinner in Seattle sometime this fall, and Debbie has agreed to cater.

The next international congress will be in Kalimantan.

Other comments and reflections:

Ibu Rahayu  felt content was lacking in the congress.  The international helpers did hardly any content testing before Ibu spoke.  Afterwards they did a little more.

One member felt it was their least favorite international congress, but wonderful Latihans. Inconvenient, possibly due to being older.  The site was nowhere near anything.

Overall for most the food was not a big hit.  Good one day, but same menu for the entire congress.  Coffee was good.  Lousy service at hotel.

Another member had a very nice place to stay, cool, pleasant, inexpensive-Air BnB-easy to get to the congress, although a few stops away on mass transit.

Met people from Russia, Columbia, Spain, good groups, can tell they will stay in Subud for a long time.  Great stories about openings, including someone who pointed to a picture of Bapak after their opening and said that guy was walking around the room during their opening (!).

The Latihan was so powerful.  It was just incredible!

A regional member missed the bus and had to take a cab to Zurich airport. Another bus with the same destination would not accept his ticket, even though there was plenty of room on the bus.  The cab was very expensive!

Another member did 2-3 Latihans a day, testing in between and is still floating! One series of tests was how is it to walk under the influence of various forces.

A former  international helper mentioned their experience of receiving during testing for such situations was VERY clear and cut through questions from people who were not involved in the testing.

The congress had lots of entire families present, and they were very integrated into Congress- That was GREAT!

The layout of the “Subud Village”  was a hit for many people, and led to flexible spontaneous interactions.  Young people designed the Subud village.  They started at the Freiburg meeting 2 years ago.

It was intentionally set up so it felt personal.   Marston has pictures. 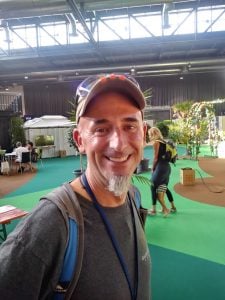 David Lynch has a video of kid’s light show performance from dusk till night.  It included a big light lantern puppet!

Rachman’s photos and video regarding Greg Doland’s opening are in links on the SGS website. 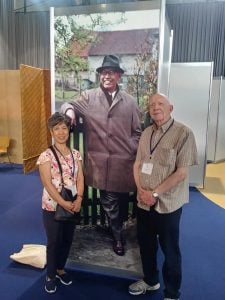 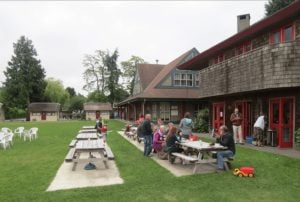 Hi Everyone in the Western Region.

As I thought, some Subud members appreciate reminders, because 10 registrations came in after the last one! But, this is your final chance, as the registration deadline for this year’s Bethlehem Retreat is September 10 – just one week away.

Patricia O’Byrne, Dave Hitchcock, Helena Hitchcock, Elfrida Schragen, Thalia Corchia, Deanna Bird, Rechelle Morgan.  That’s a total of 29, so far, and we still have room for more!!  If you thought you had registered, but don’t see your name on the list, please let me know!

Others have asked:“What happens at a Bethlehem Retreat?”

This largely depends on what is decided at the Opening Circle on Friday evening, but to give you some idea, attached is the schedule from last year’s (2017) retreat.

Here are more comments from some Subud brothers and sisters who have been to Bethlehem in the past:

“As an ‘isolated’ member it is very meaningful for me to attend Bethlehem Retreat Centre as well as one or two other gatherings a year if I can afford them.  I need as much group latihans as I can get!  Bethlehem was affordable; the meals were excellent for the cost, the common rooms very comfortable for meetings, opening and closing circle etc.  I love the round chapel for latihan and testing and the regional and national helpers gave us lots of care and attention, with many members finding opportunities for personal testing and support for life challenging issues. The setting on the lake is world class, with beautiful lawns and garden areas, and even a labyrinth for those who enjoy contemplation while walking.  I am very grateful to everyone who made this retreat possible and I recommend it highly to all Subud members!”

“While I was at one of the airports waiting for a flight I remembered something Sudarto had said years ago. It seems that a Subud member had asked him if it was really necessary for Subud members to Latihan together or be in groups or attend gatherings. From what I remember, Sudarto told this member that Subud members were like lumps of coal. You gather all these lumps together and put them in a bag, then the drawstring is tightened and you begin shaking the bag. After maybe a few years you open up this bag and look in.  You still see lumps of coal but at least now they have become smooth and shiny. While you close up the bag again and continue shaking for more time. Then one day you open up this bag and instead of finding a bag full of lumps of coal you have a bag full of diamonds. That for me sort of summed up the Bethlehem gathering we just had. For an isolated member, which I now am, this past weekend was like heaven on earth and I got to share and or experience it with some of the most beautiful diamonds I have ever met.”