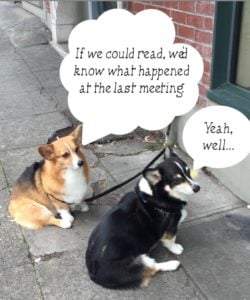 To put a context to the upcoming election of officers, Oswald spoke about the role of the committee and what makes a good chair, vice-chair, and member-at-large.

Nominations and testing for each elected position began.

The helpers asked the following questions:

Vice-chair nominations: Lucinda O’Halloran, Jim O’Halloran, Hadiyah Carlyle. Hadiyah withdrew. Jim was elected after the testing. There was one opposition and two abstentions; folks didn’t want to lose Jim as a helper.

Ramon will step up as a helper now.

Sherwin and Hadiyah agreed to continue in their non-elected positions as Treasurer and Sec’y.

Sophy and Leandra Hildreth reported on their adventure at the Subud Youth gathering in Indonesia.