When I was a boy, living with my parents, my faith was Roman Catholic.

When I was a college student, full of new ideas and the knowledge that I could choose my spiritual path, I wondered what I would choose and found many paths that could be that path – one was shown to me in a dream.

When I was done with college and living in San Francisco, trying to figure out what sort of man I would become, I found that the rock and roll, sex and drugs religion suited me for a time. And, then it didn’t. My marriage collapsed and my work life was going nowhere.  It was then that my soul, having put itself on a shelf saying, “come back to me when you’re ready,” asked, “Are you ready now?”

Then I had dreams of leaving the sex and drugs and rock and roll scene. I was afraid, but I kept going until I found a clearing, and, in that clearing, I found the place I’d seen in the dream in my college years.

It felt like I was home. It felt like I’d finally found my path. And, having walked along that path now for over 40 years, I’ve never felt lost, always at home, in the grace of this faith; in this practice we have in Subud. 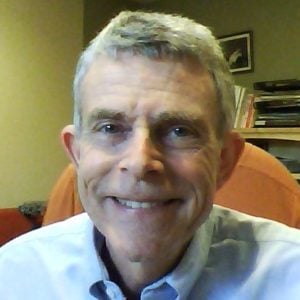