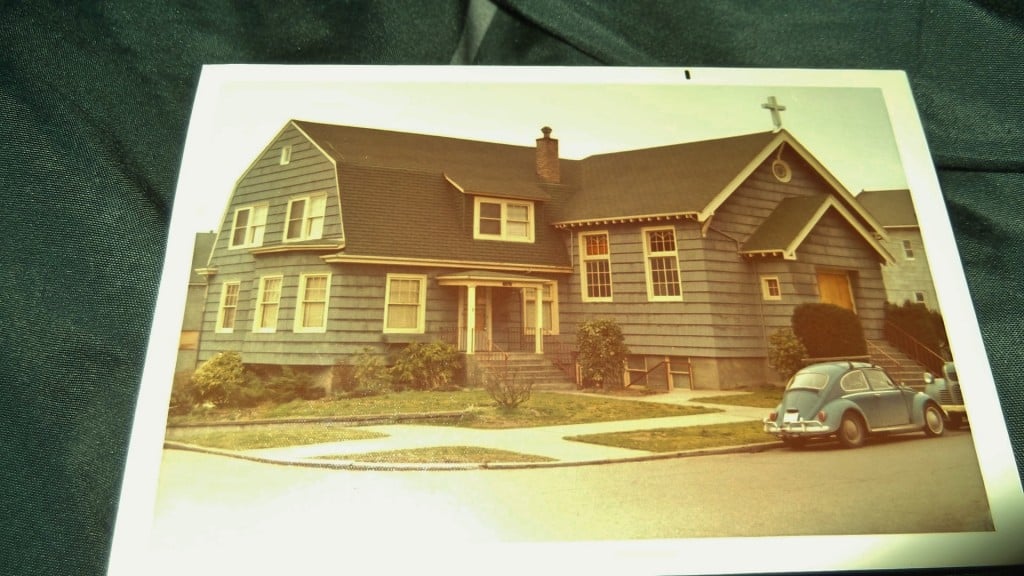 We had cake a week early today, but we celebrate 40 years of Subud Greater Seattle’s house at 1101 15th Sunday, October 12, at 12N, after latihan. It’s a pot luck, so please bring something tasty. There is a dewan meeting at 9A, with latihan before that for dewan members at 8:45A.

Sebastian Tedrow can’t attend on the 12th, but told us today that upon walking into the house 40 years ago, he knew it was perfect and Lawrence Crouse wrote a check on the spot for the earnest money. The house was purchased from the Missouri Synod and, because of discord in their organization, the closing did not happen until August 1974, though Subud members were doing latihan as early as March. The first Subud celebratory event happened in April of 1974, so April is probably the best month to celebrate future anniversaries. Sebastian also mentioned that when they saw the downstairs room, they knew that would be perfect for a latihan hall.

One member today wondered if we are still feeling the effects of the discord in our community. It may not be us! Perhaps a cleansing, Subud-style, is in order. Both the men and women have taken to doing short latihans AFTER the Sunday general latihan to focus on group harmony for Subud Greater Seattle.

At the 10.5.14 general membership meeting, the vote was unanimous to remove the House Guidelines, so they are no longer on this site. It was expressed by more than one person that Bapak was not in favor of guidelines, but wanted Subud members to use their own capacities to work out issues. One other member suggested that the by-laws of Subud Pacific Northwest called for Helpers to take a more active role when there is behavior by members that is not in accordance with group harmony.

Also, with Oswald Norton taking over as Vice-Chair of Subud PNW, we need a Secretary as he was essentially performing those duties for the local dewan. If you are interested, please come to the dewan meeting at 9A, Sunday, October 12. Latihan before that meeting, to insure the best meeting outcome, happens at 8:45A.