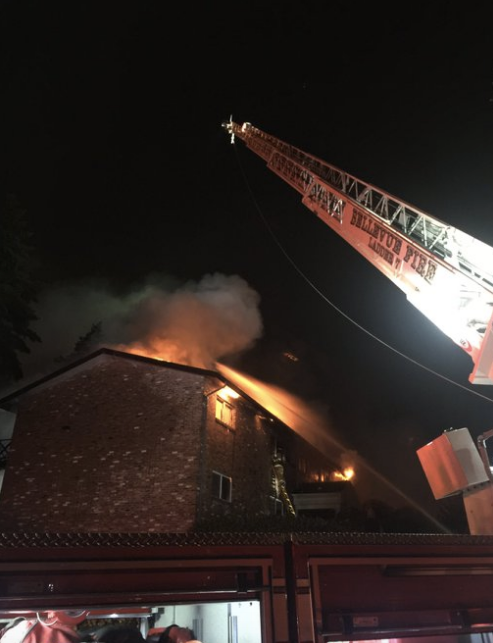 Longtime Subud members Annie and Evan Padilla are safe, but their condo has been destroyed in a fire which took the life of their cat Baby and two people Monday night. Annie sent this today:

Perhaps you should post something about our situation. Our condominium was destroyed by fire Monday night Oct 24th. Fire swept through the entire building. Two of our neighbors died. We are moving from the Red Lion Inn to Residents Inn on 114th in Bellevue today. Please keep us in your prayers. We lost everything.

Their condo complex was called: “The Chimneys.”

BELLEVUE, Wash. – Two of four people who were hospitalized after a fire at a Bellevue condominium have died.

Firefighters responded to a two-alarm fire near 100th and Main Street before 8 p.m. Monday.

Fire officials said four people were rescued from the fire and were being treated. Two people had smoke inhalation and burns and the other two people suffered more severe injuries.

KIRO 7 learned Tuesday that two of the victims had died at Harborview Medical Center.

Lynn Calvo, 76, was inside her second-floor condo when she heard what sounded like water running down the outside of the building. When she looked out the peep hole in her door, she saw smoke and flames.

She ran to her deck, but there was smoke and flames there, too. She grabbed her phone and called 911.

“911 said, ‘Stay on the phone with me. We have firefighters coming,’ and in about two minutes, they broke down the door, scooped her up and rushed her out of the unit,” said Gina Hasson, Calvo’s daughter.  Hasson said her mother was treated for smoke inhalation and released from Overlake Medical Center.  She got the call last night about the fire. 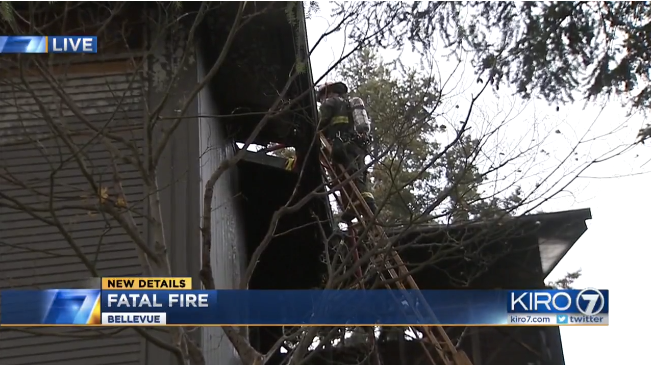 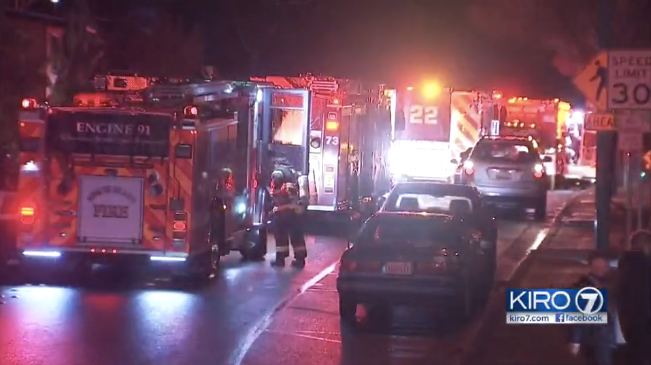