Poems for Peace is a global initiative the Subud International Cultural Association (SICA) began in 2012 to celebrate the U.N.’s International Peace Day.  For the second year Subud Greater Seattle (SGS) has opened its beautiful chapel to poets and musicians to create an evening in the spirit of peace for all living things everywhere.

This year eleven different artists assembled in the chapel of the Seattle Subud House (Spring Street Center) and were part of a small, but appreciative audience of 25 people. 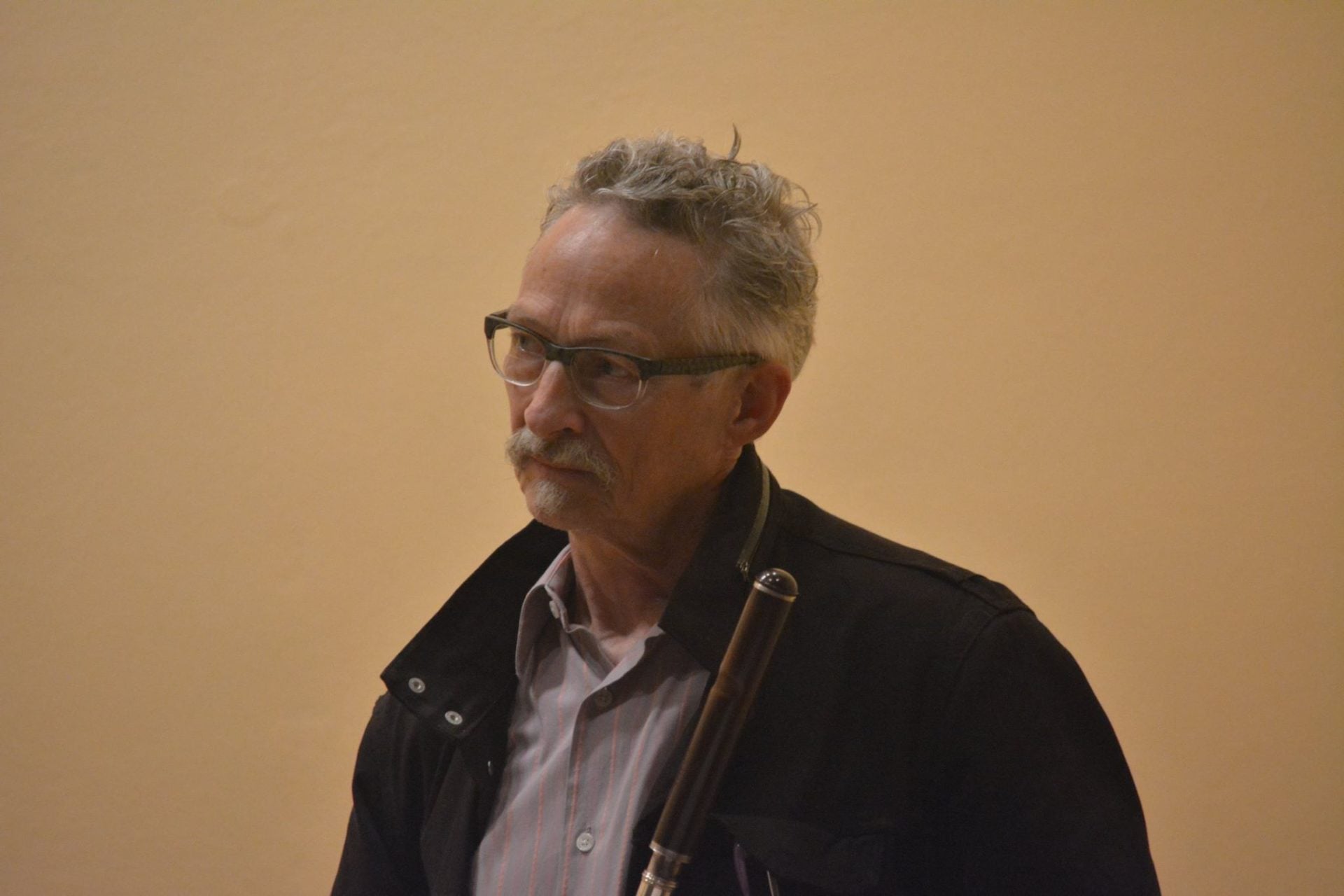 Local Helper of SGS Jim O’Halloran began the evening with an invocation on flute. (1. 3:48) 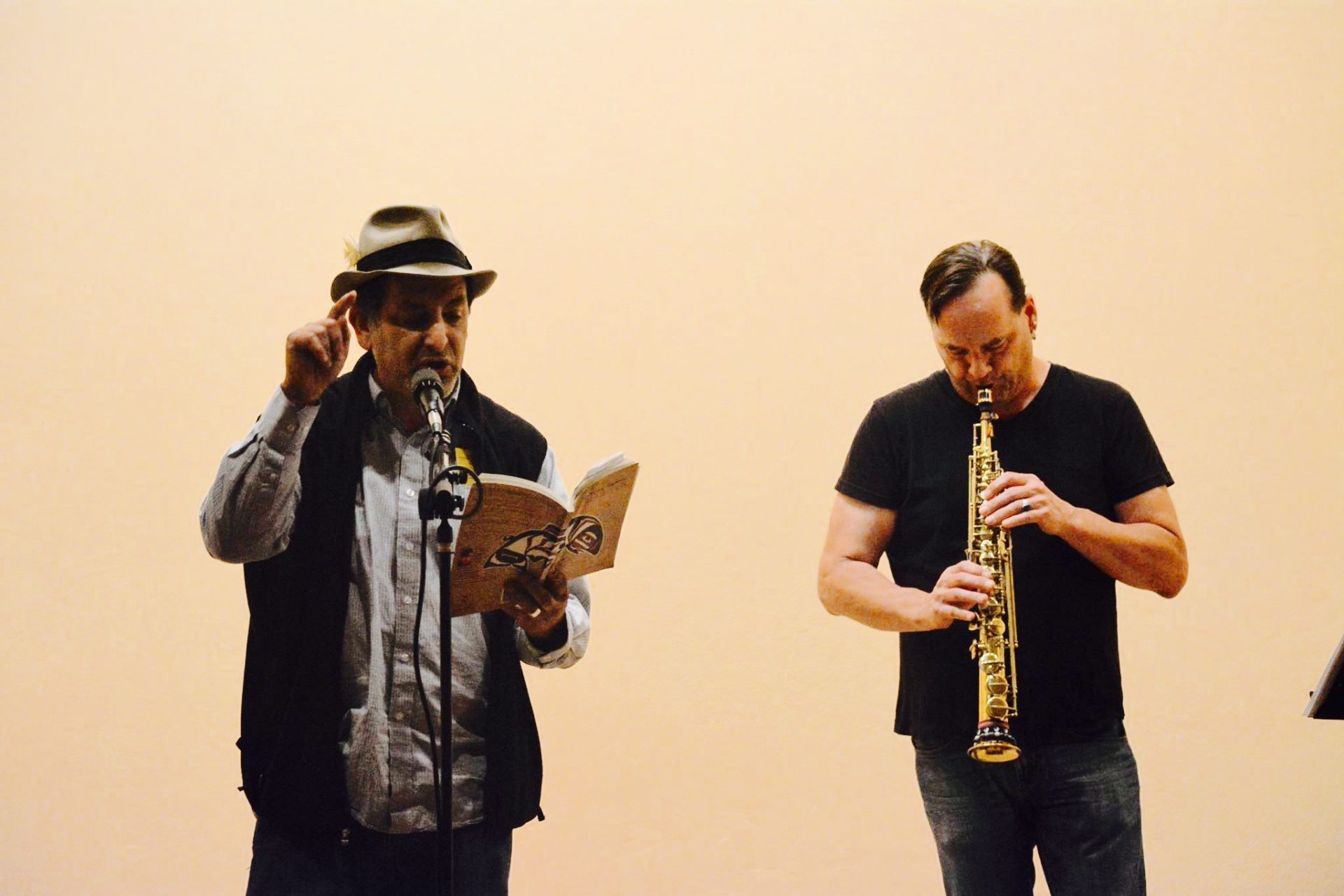 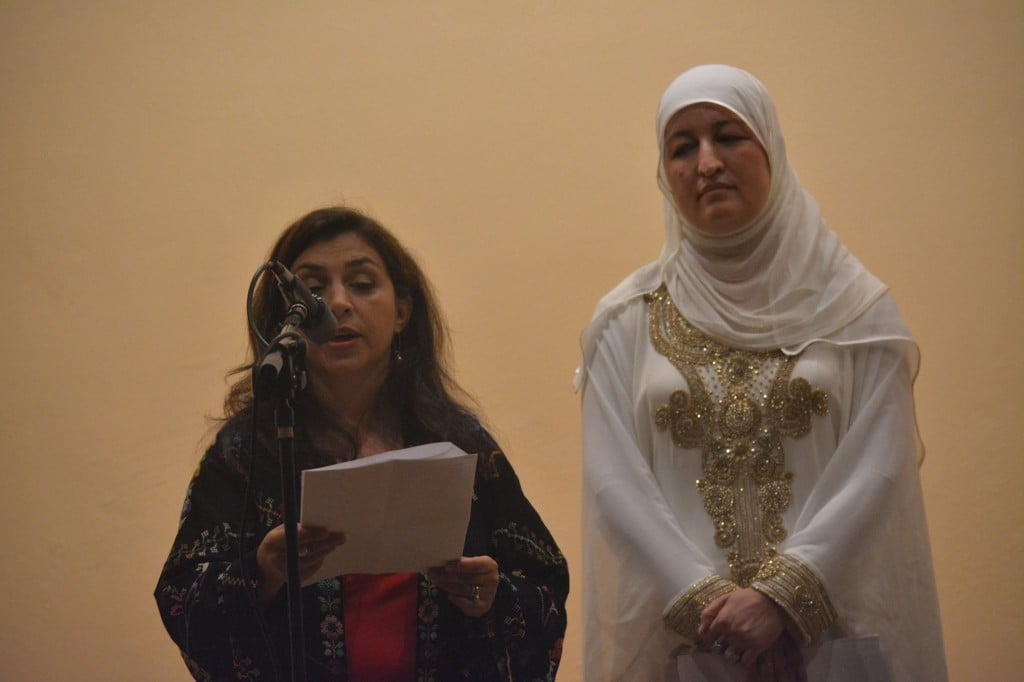 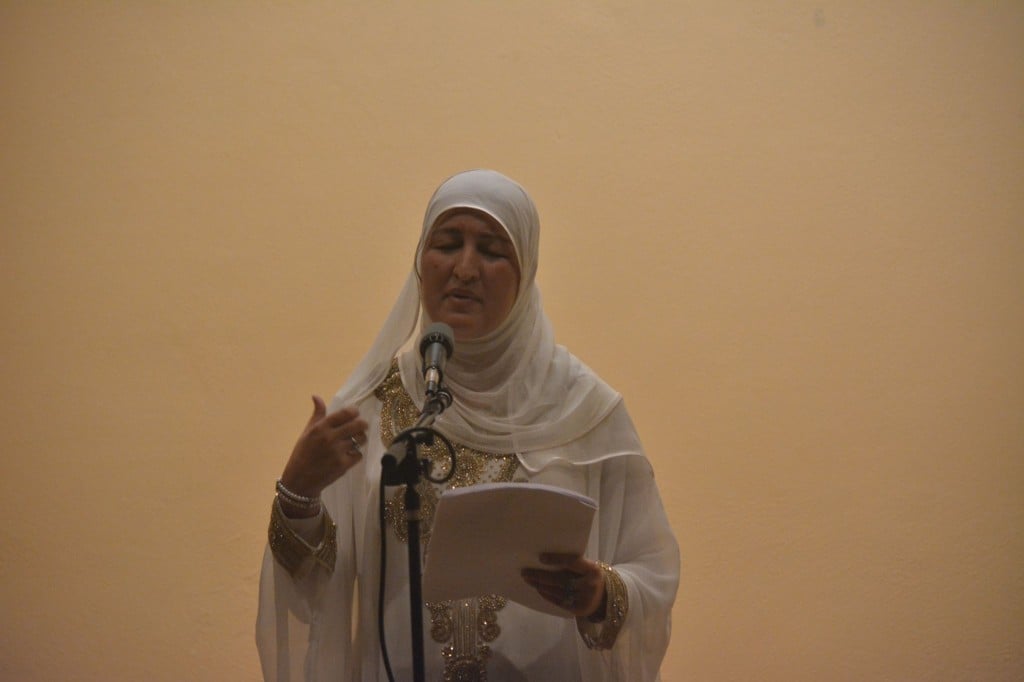 Lena Khalaf Tuffaha read her own poem about the war on Gaza (6. 2:48). Paul made some comments and then Thomas Walton, Seattle poet and publisher of PageBoy Magazine read work in the vein of Gertrude Stein with phrases taken from certain pages of the dictionary. (8. 5:59). 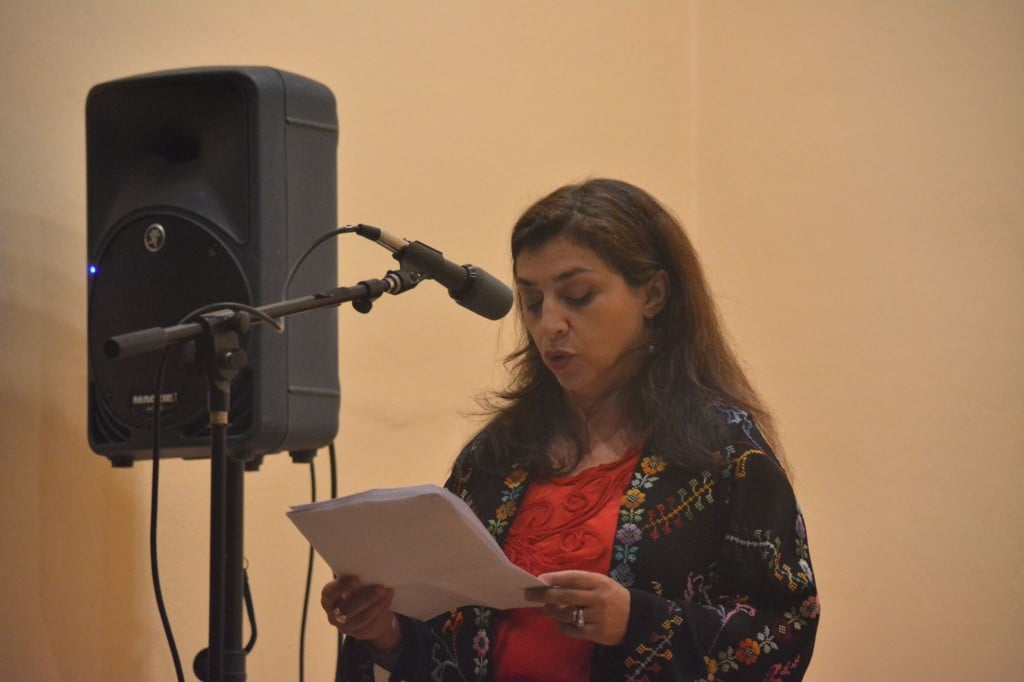 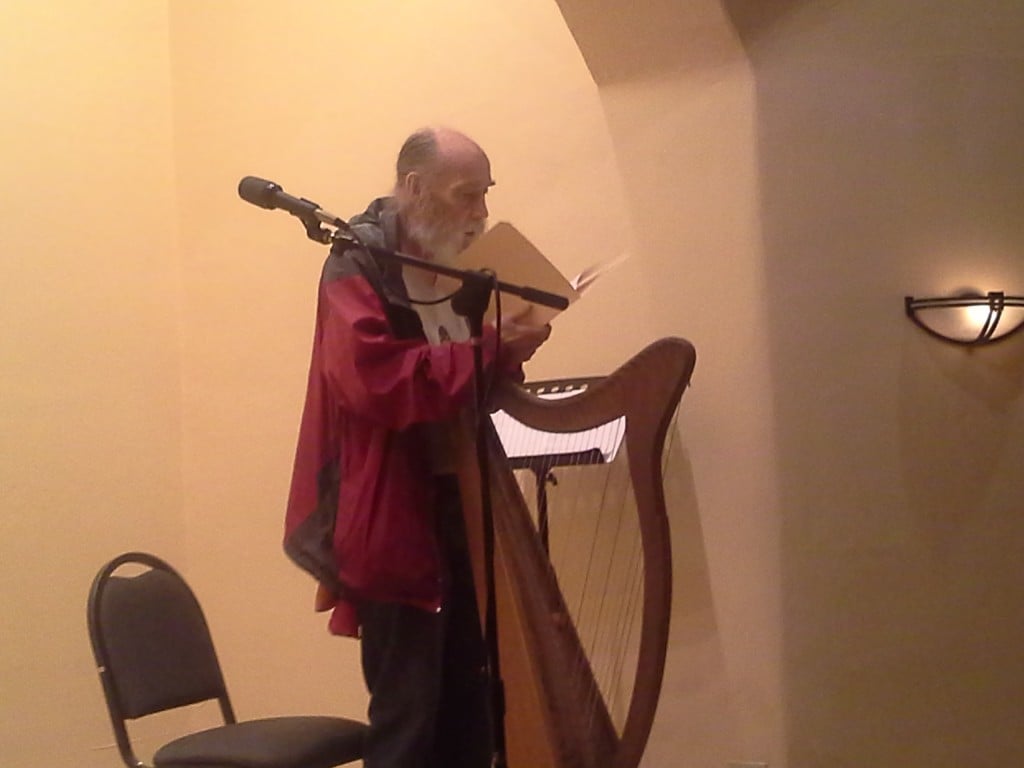 Subud Greater Seattle’s own resident multi-instrumentalist and most efficient latihan-taker, Philip Quackenbush played harp and read a poem that punned on the word Fins. (9. 4:47).

Chair of Subud Greater Seattle David Lynch played a rousing instrumental guitar piece while accompanied by his wife Maryka Ford on drum. He encouraged us to receive our own lyrics. (10. 6:49). Co-Chair of Subud Portland Bhakti Watts, an August Poetry Postcard Fest participant read work associated with that project (11. 4:16) and Paul followed that up with another of his postcard poems, Sin Carne, recounting scenes in Puebla, Mexico, at the recent Subud World Congress, where he fed pigeons chicharrones and Bhakti attempted to avoid chicharrones and all meat products.

Samar Albuhassan, who works for WITS – Writers in the Schools, was also a postcard participant and read poems from that project along with a poem for her Mother that referred to her Lebanese heritage. (13. 6:13).

Paul read a poem from his 2013 residency at the Morris Graves Foundation (The Lake) with accompaniment by Dan Blunck and Jim O’Halloran. Instruments for a New Navigation is the name of the poem, but also the name of a series of sculptured made by Graves in the 60s and 70s. (15. 2:44). They also alternated their interpretations of his short poems, American Sentences. (17. 3:59) and did a closing invocation (18. 5:09) which was followed with hearty applause and appreciation by the gathered.

Afterwards we continued eating food contributed by Faiza Sultan, Anne Padilla, Lorraine Tedrow and there was enough leftover to feast again after latihan the next day.