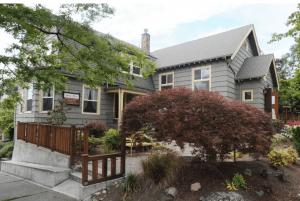 See you at the Subud House

FINANCIAL REPORT:  Sherwin reported that the revenue/income through Sept is $60,924.  Expenses are $56,276, resulting in $4,648 excess of revenue over expense.  Projected revenue for October through December shows a decrease of Airbnb revenue compared to prior months while member donations are projected to end the year at several thousand under budget.  Year end projections at this time show Revenue of $73,173, expenses of $75,323 resulting in $2,150 excess of expense over revenue.

SPRING STREET CENTER:  Paul reported that the revenues for September were 30% above 2014, making for an August that was 5% down from 2014, due to lower room prices.  Marston and Paul agree that summer rates should be higher, as we’ll be sold out regardless.  Through September 2015 we are 132% over the same period of 2014 due to much better months in January, March, April and May.

So far we should expect to see at least $4,430 in Airbnb revenues for October.  Lodgers continue to rate the house highly in reviews, stating it’s cleanliness, great location and value for the dollar.

The committee praised Paul for his diligence and commitment to making Airbnb successful.

FACILITIES REPORT:  Marston reported about the sewer line.  We can have the pipe lined so we don’t have to have it dug out and a new one put in.  Marston will get bids.  He stated that in the future we will have to have the house painted.  It was reported that the spout was disconnected and caused flooding in basement etc.  Ramon fixed it after the meeting.

POLICY FOR SUBUD GATHERINGS:  The Dewan had a long discussion about our policy for Subud gatherings at the house.  The following policy was passed unanimously.  Gatherings involving  Subud Regional, National, International and Wing’s should be offered without cost but if the group wishes to donate for expenses, Subud Greater Seattle would very much appreciate the offer.  We want to encourage Subud groups to use our house and we want it to be in the spirit of generosity.

Ramon will find out more about hosting a regional Congress, preferably in our off season.

OTHER ACTIVITIES: Marston said that Hadidjah can’t be a member at large at this time and we should look for another member.  A newer younger member was mentioned as a possibility.