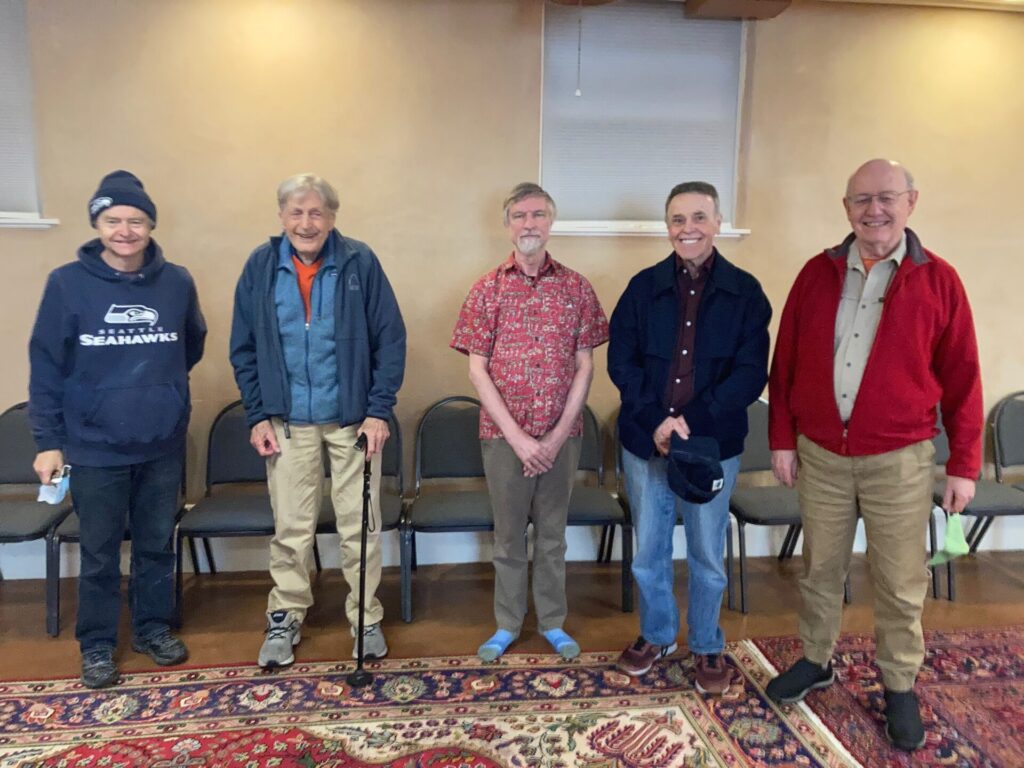 The pandemic lockdown, now some 440 days in, at least had some good news for Subud Greater Seattle. We had an opening! Please meet Robert Westmoreland, who lives in Everett and was opened Sunday, May 16, 2021, after the regular Latihan. I asked him for a bio and he sent this!

I was born on March 27, 1956, in Gadsden, Alabama. Just before my 7th birthday, my family moved to Louisville, Kentucky, and that is what I consider my “home town”. I was very shy and bookish, and spent most of my time avoiding people (who generally make no sense to me) and reading books. I was raised a Southern Baptist, and at 10 or 11 years old I “made a confession of faith” and was baptized. About a year later, I realized I couldn’t honestly believe the religion I was taught and quit attending church. I have ever since been looking for some spiritual center of gravity for my life, with no real success.

In college, I majored first in Psychology, then switched to Linguistics. In the ’80s, I got a master’s degree in Applied Linguistics at the University of Hawaii, then got a job at the University of Louisville teaching English as a second language, which I did for about 8 years. In 1990, I scandalously married one of my students, a woman from Japan; in 2005, we were divorced. I am embarrassed to say that after 15 years of earnest struggle, I was not able to learn more than rudimentary Japanese.

During the ’90s, I studied at Indiana University for a PhD in Linguistics. Afterwards, for about a year I tried unsuccessfully to get an academic job in Linguistics, and eventually found a position with Microsoft working as a “linguistic tester” for the Office proofing tools. This is what brought me to Washington. While at Microsoft, I taught myself programming, and became a software tester. I worked there for about 14 years. During that time, I met my girlfriend Janet and we have been happily unmarried together ever since. I worked a few years at Starbucks as a software engineer, then about a year at Premera Blue Cross. I lost that job due to the Covid crisis, and decided to throw in the towel and retire. This should work so long as I am careful with my spending, the world economy doesn’t collapse, the government doesn’t up and cancel Social Security, and I don’t live much past 92.

So here I am. I read too much, listen to oddball music, like to cook (but nothing complicated), and volunteer a couple of days a month at a food bank.

Please introduce yourself when you next come to Latihan and welcome this Brother to our community.