Total expenses are expected to end the year about $18,000 greater than budgeted, and are able to be supported by the above noted increase in revenue.

Oswald brought up that it is time to take enterprise to the next level.  It’s now a running business.

In the last general meeting it was voted to let go of the house guidelines.  However, there is still work to be done so the helpers are offering after Sunday latihan to do a special latihan for group harmony.

Paul suggested that helpers have a clearing ceremony and cleansing for the house in a traditional Subud manner. He’ll bring it up next time he attends the Helper Meeting.

The Spring Street Center beat the projections for the year for income by two times. The Spring Street Center is part of our outreach, as cultural events are happening almost once a month, with a Memorial for poet Bill Shively on Oct 25 and a reading by legendary NW poet Sam Hamill with his shakuhachi flute collaborator Christopher Yohmei Blasdel on November 1. Already calls are coming in about that event and should be a perfect event, with a zen feel, to showcase the house.

We don’t need to put in minutes until it is time to review in 4 months. 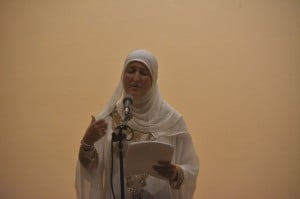 Poems for Peace – Paul reported the event was very successful and it is great outreach. Faiza Sultan, a Kurdish woman and Gulf War refugee was among the poets who read.

Paul will receive a SICA grant to do an outreach trip to Errington, BC (Oct 19) to help connect Subud people on Vancouver Island with poets who are organizing the next iteration of the Cascadia Poetry Festival in Nanaimo in Spring 2015. There is some interest in SICA and Subud Houses in the bioregion to use the event as a way to create awareness of SICA and Subud in general and Paul is in discussions with the Chair of Subud Portland, Bhakti Watts, and a faculty member at Portland State University to have the fest happen there in 2017. Lucas Hille, Chair of SICA Canada and Bhakti Watts will join Paul on the trip to Errington, BC.

There was discussion if we need a policy to govern requests for funds.  It was decided to put it in the budget for 2015.

We voted to contribute $250 toward Rachman’s successful bid for the banner from Australia.  We are officially a Cultural Capital for the next 4 years. What resources we can expect from SICA are not yet known, but Seattle is “twinned” with Portland and it is likely they will contribute some of the funds we are committed to sending SICA for the status.

Daniel spoke that the national committee will be meeting in Seattle Nov 21-23. We will have a potluck that Sunday.