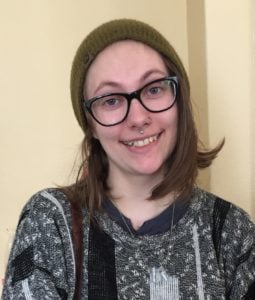 Here is some nice background information about Olivia Clare Barclay, whose opening on May 21 was previously noted.

“My name is Olivia Clare Barclay and I go by either Clare or Olive (I’ll answer to both and was brought up being called by my middle name). I’m originally from southern Utah. My father is Robert William Barclay and he’s been a member of Subud since the 70s. My two brothers and my mother have also been opened, though my mother doesn’t practice anymore. I have one fluffy white cat named Arty, who I love dearly. I’m currently a culinary lead for Grand Central Bakery and I’m really enjoying it! I look forward to getting to know everyone. I will be attending most Sundays.”